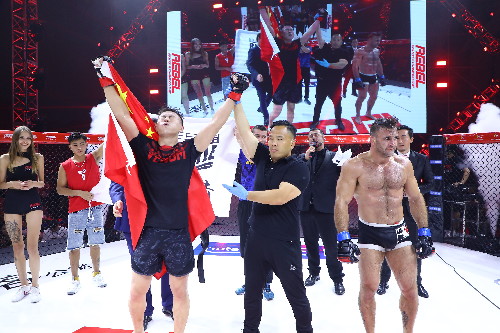 “Wang Shuo is the top ranked China Pro Bantamweight and Wang Sai the second ranked China Pro Middleweight and our ability to groom budding MMA talent as well as attract top, established MMA superstars in China is in line with REBEL FC’s philosophy of developing and promoting top Chinese MMA stars as well as bring the sport into the mainstream in China. The terrific support at the stadium for our Chinese MMA athletes and the significant increase in viewership compared to last year in REBEL FC 9 — Return of the Champion is very encouraging,” says a satisfied Justin Leong, CEO of REBEL FC.

Leong is especially pleased with the quantum leap in the viewership figures from the online media. “We had an average of 8.3 million views from digital platforms from our two events in 2018. For REBEL FC 9 — Return of the Champion, we garnered 18.7 million views. That is a 125% increase in views, and this bodes well for the REBEL FC brand in China. Also, it demonstrates the tremendous potential REBEL FC can accomplish in the digital domain, which has largely replaced traditional broadcast TV and satellite media in China,” he adds.

These latest figures and TV deals bode well for REBEL FC’s pending IPO on the NASDAQ within the next six months and its MMA reality show that is scheduled to be produced in 2020.

Sooho.io to Attend and Host Events at Korea Blockchain Week 2022

No more pages to load.