JAPAN – 30 September 2019 – The Asian Productivity Organization (APO) announced that Dr. AKP Mochtan had assumed the post of APO Secretary-General on 16 September 2019 after being elected at the 61st Session of the Governing Body in April 2019 in Manila, the Philippines. 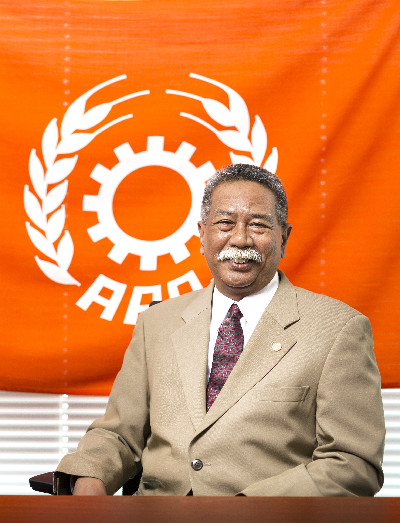 Dr. Mochtan served as Deputy Secretary-General of ASEAN, from August 2013 until August 2019, where he oversaw the key organizational functions of finance and budget, human resources, administration, information technology, security and protocol, legal affairs, as well as community relations and outreach functions. Prior to that, he was Director of the Japan-ASEAN Integration Fund Management Team headquartered in Jakarta, November 2011-August 2013.

“I am pleased to come back to the APO to serve member economies as the 12th Secretary-General. The APO has an illustrious history of 58 years and 2021 is going to be its 60th anniversary. However, productivity gaps in the region remain visible, and new issues are emerging. It is imperative that we prioritize and renew the productivity movement so that the APO remains relevant,” commented the new Secretary-General.

After receiving an MA in International Relations from the International University of Japan, Urasa, the Secretary-General was conferred a PhD in Philosophy from International Christian University Graduate School of Public Administration, Tokyo. His undergraduate degree was in Sociology from the Faculty of Social and Political Sciences, University of Indonesia, Jakarta.

During his education, Dr. Mochtan was the recipient of a PhD dissertation fellowship from the Japan Foundation and a scholarship from the Ministry of Education, Science & Culture of Japan. He completed an executive management training course offered by Rights Management Japan in Tokyo; a Global War Games course at the US Naval War College in Rhode Island; and the Peacekeeping Training Course of the Joint Warfare Center, Royal Australian Airforce, New South Wales. He also filled academic appointments at the Centre for Strategic and International Studies and the Graduate School of International Relations, University of Indonesia, Jakarta.