News » MediaOutReach » Breaking the Limits of Experience, a New Trend in the Retail Market
Media OutReach

VIETNAM – 23 September 2019 – Sales in Việt Nam’s retail market have constantly increased over the past 8 years. In 2018 alone, turnover reached US$145 billion, an increase of 12 per cent compared to 2017. Việt Nam is becoming one of the most exciting retail markets to invest in the region.

In the past 10 years, Việt Nam has been assessed by many research institutions as a strong, new economic market. This is an important factor promoting the development of the retail real estate market in Việt Nam. A.T. Kearney’s report said that the retail supply is many times lower than other countries in the region, but Việt Nam’s market ranks 6th in the world’s retail development index.

Hà Nội and HCM City are currently the two largest markets in Việt Nam, and have the potential to be among the top 3 retail markets in the Asia-Pacific region announced by CBRE.

Recently, the leading operator of the commercial centre system in Việt Nam — Vincom Retail — has just launched three Vincom Mega Mall shopping centres. The event not only attracted the attention of many investors, but also contributed to the retail real estate market in Việt Nam becoming “stirred up” and attracting the attention of many domestic and international retail brands.

Vincom Mega Mall Ocean Park is located in Vinhomes Ocean Park urban area — one of the largest and most exciting real estate projects in the northern region today because of a series of unique utilities in Việt Nam such as a salt lake and sea in the heart of the capital; 100 picnic spots and six BBQ parks. With dozens of apartment blocks and thousands of villas, it promises to attract nearly 1.5 million regular customers and 4.5 million customers in Hà Nội at the weekend for entertainment at amusement parks.

In addition, Vincom Mega Mall itself is designed to be creative, modern and different on an area of up to 56,000sq.m, arranged based on technological elements and inspiring design ideas that promise to bring about the most impressive shopping experience. 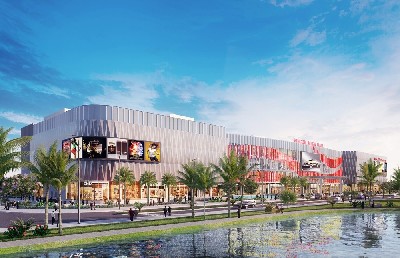 Vincom Mega Mall Ocean Park is highly connected as it is located only 30 minutes from the city centre. This duration can be shortened after a series of new bridges are opened.

Located in Vinhomes Smart City, Vincom Mega Mall Smart City inherits a series of unique utilities such as “the leading Japanese garden in the area”, 8 utility parks with 14 park categories, and especially a modern technology system of the smart city model is widely deployed. These are the key factors that help brands attract young, dynamic, modern and high-income customers — the main customers of the urban area.

Vincom Mega Mall’s smart operation and modern green space is spread over an area of 68,000sq.m, bringing convenience and creativity to the stores, promising to help brands to attract up to 1.8 million potential customers right after it is launched. 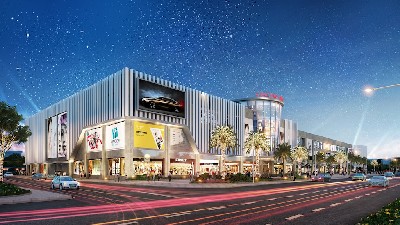 Vincom Mega Mall Smart City is located on Thăng Long Boulevard, a new and dynamic development axis of the city.

Meanwhile, in the area of HCM City, Vincom Mega Mall Grand Park (District 9) with an area of 48,000sq.m of commercial space, including five floors and one basement, was assessed by experts as having the opportunity to bring up to 1.5 million customers per year.

The trend of “personalisation” towards different experiences
Commenting on the green design and smart operation of the three Vincom Mega Mall projects, Richard Wood – Director of Concept-I, the design unit of three big department stores, said that with the desire to integrate and lead the new retail wave, Vincom aims to be a place for shopping, enjoying art and artistic design to create a different experience when shopping, as well as a co-creative space model for consumers.

Not only offering diversity in customer experiences, the differences in the design of the department stores also helps modern customers shape and select themselves to build “their own personality” in their own experience.

Studies of consumers’ habits show that taking advantage of the surrounding ecosystems to create individual characteristics is an inevitable trend of the younger generation today. Việt Nam is a country with a young population, so “green design”, “smart operation” and constantly breaking the limits of experience is a mandatory trend of shopping centres to attract and retain customers.

In the recent “New Wave of Retail” event, the announcement of unprecedented experiences such as combining natural elements with lighting systems, enhancing interactive games, applying modern technologies to bring convenience to customers, and simultaneously deploying a series of programmes to link the community to protect the environment, partly shows the pioneering position in creating new waves towards customer experience of Vincom Retail.

Trần Thu Hiền, Deputy Director of Sales & Marketing, Vincom Retail, said that the four key factors that will ensure Vincom Mega Mall’s success are the appropriate product structure; abundant customer base; the tenants’ companionship and professional operation and the ability to organise inspirational marketing events. “With the above factors, we believe Vincom’s Mega Mall is the leading product line and attracts customers to the experience,” Hiền added.